LOGIN
Monday, December 5, 2022
Top Posts
How Communication Works?
Law of Attraction for Money
Life of Luxury
How to Make Sense of Reality?
Epic Books
How to Create Better And More Achievable Goals?
How Are Values Formed?
Procrastination
How Human Brain Function?
Steps to success
SUBSCRIBE NEWSLETTERS 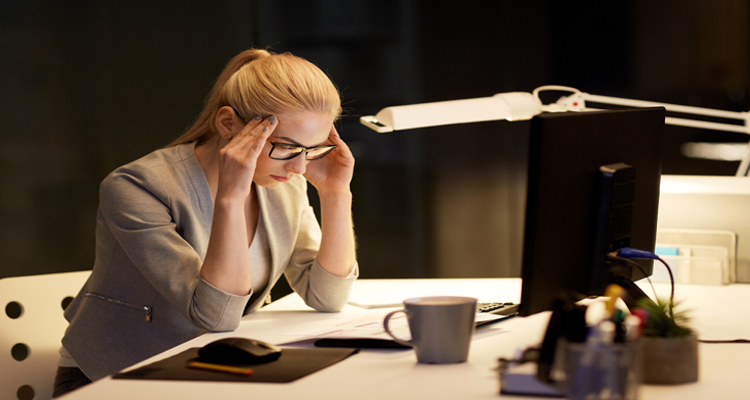 What is The stress of procrastination? Stress and stressor in this society take many forms. One of the most prevalent forms of stress is called procrastination. Procrastination is the practice of putting off doing certain activities to another time.

What is The stress of procrastination?

But why is procrastination considered a stressor? When dealing with deadlines connected with projects and different work tasks, it is important to stay focused and on task. If you are one who regularly procrastinates, you put off completing the work until the proverbial “last minute” of the deadline. You delay in completing the project and then scramble to cram all the work in at the very end – often on the eve of the deadline.

Procrastination is evident in many different forms

iii. Completing several tasks that are less valuable instead of completing the work that you’re supposed to be doing

The vast majority of the time, those who have succumbed to procrastination feel regret it afterward as now they are left with less time to complete the project they should’ve been working on all along.

The procrastinator will feel a sense of happiness and joy while in the midst of procrastination, but will immediately get stressed out as deadlines draw close and the procrastinator comes to the realization that they wasted the bulk of their working time.

If procrastination causes so much heartache, why do people do it in the first place?

Discomfort – Any new activity is going to cause some degree of discomfort. Investing effort and energy into something is required in order to get a valuable outcome on the other side of the project.

However, when an individual is in a position where they don’t deal with discomfort very well – whether it be mental, emotional, or physical – they may resort to procrastination in order to avoid (albeit temporarily) discomfort.

This avoidance of discomfort is one of the most common reasons for procrastinating on different activities. A lot of times the person is not even aware of the fact that they have a low threshold for discomfort. So their tendency to procrastinate is driven by their subconscious.

Fear of a Fiasco – There are many adults who live with a fear of failure, so they procrastinate on activities for as long as possible.

When someone is afraid to fail, they surmise all of the uncomfortableness that they will experience should they not succeed in accomplishing the task at hand. Those who live under a sense of perfectionism are quite likely to procrastinate because of this fear of failure.

Fear of Rejection and/or Censure – Along with the fear of failure, adults may experience a fear of rejection. This happens when a highly capable adult puts off doing something because they fear that their boss or another authority figure is going to reject or disapprove of their efforts.

Refusal to Do Something – A person may procrastinate when they have been asked to do something, but they consider it unfair that they have to do it. As a result, they will put it off for as long as possible.

That person will become frustrated, angry, and resentful as the deadline for the task is fast approaching. On the cusp of the deadline, this person then has to work extra hard to complete the task and meet the deadline which can give way to even more stress.

If you have read the above reasons for procrastination and any or all of them sound like you, remember that these are all mental states. By way of your conscious mind, you can override them and step into more productive behavior.

When you’re ready to combat your tendency to procrastinate, start implementing these steps:

Don’t Overthink – When you overthink something, you run the same thoughts over and over again in your mind, never coming to a place of action.

Instead of overthinking a task, just step forward and accomplish it – or “just do it,” as the Nike slogan goes.

Change Your Mindset – For those who procrastinate because they want to avoid discomfort, consider that when you procrastinate you are only drawing out the discomfort. You will still remember all the things you have to do, whether you’re doing them at this moment or not.

Plan Ahead – When you’re worried or anxious about the outcome of a task that you have to do, plan ahead. Write out a plan of what it will take to accomplish the task including the successful outcome and then follow the plan. There is something calming about planning something out on paper. Things that at first seem daunting and too challenging, can appear manageable when a plan for completion is down on paper.

The Mind Your Partner In Success

How to Get Motivated to Stop Procrastination?

How to Handle Physiological Stress?

How to Use Mindfulness to Overcome Stress?

The Impact of Negative Thinking On Our Stress Level

@2021 – All Right Reserved. Designed and Developed by PenciDesign