How to Persuade or Influence Others Through Rapport? 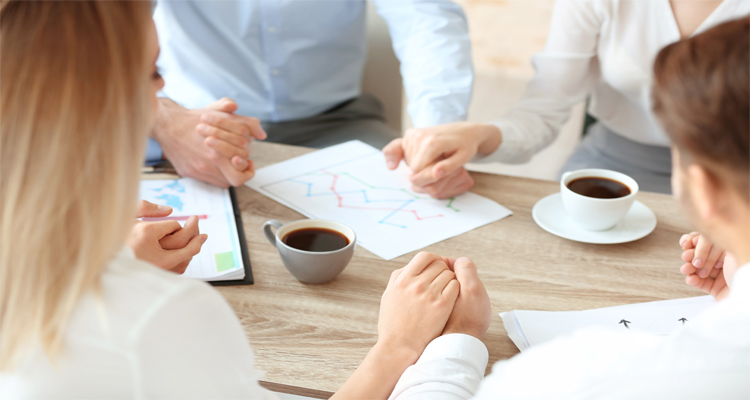 How to persuade or influence others through rapport? In the realm of neuro-linguistic programming (NLP), the real measure of a communicator’s success is based on how well he influences his subject.

How to Persuade or Influence Others Through Rapport?

Why is that? The main goal of just about all human communication is to influence others. When one person communicates with another person, the intention is to earn the other person’s trust and agreement. These outcomes can be studied under the course of influence.

The most effective tool you can master and use in just about any social setting is rapport. To have good rapport is to maintain a consistent level of amicability and harmony throughout the interaction.

The concept of harmony might not seem like something you’ll need when talking to a customer, but it is really central to effective communication. If you are able to establish a good rapport with your subject, you can reduce the number of external objections to any argument you put forth.

To have rapport – also referred to as harmony or agreement – means that all signs of difference between the speaker and subject have been eradicated.

There are people who have a natural talent for establishing rapport. However, they generally are few and far between. They don’t realize they have that talent, but 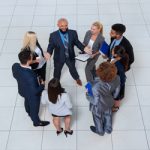 when observing them, it’s clear that they are quite adept at getting other people to trust them – even upon first meeting.

Those who are good at establishing rapport, exhibit three key qualities. These key qualities are the same qualities that an expert communicator exhibits as well:

They are aware of and observe things while talking to others. They can discern small changes in their subject’s verbal, nonverbal, and vocal language. Small nuances that are normally overlooked by the average person, are seen and acknowledged.

They are enthusiastic about a conversation. They are excellent with words, but it’s clear that their real strength is in their ability to adjust whenever it is necessary.

When something isn’t working during a conversation, they observe and acknowledge the feedback from the subject. They can then use it to their advantage and they adjust how and what they are communicating.

They are adept at leading the conversation until both parties reach an agreement.

Using rapport to your advantage

A stage hypnotist knew for his rapid “hypnotic inductions” and his ability to make audience members do such tasks as dance or sing on stage was asked what his secret was.

“There is no secret!” he responded. “I think of any member of the audience as part of my family or a close friend.” Of course one might think that his answer sounded rather cryptic, but it is a technique that works.

What really happens when you consider others your friends or family when interacting with them?

When trying the stage hypnotist’s technique, you may observe the following:

Your voice will harmonize more easily with the other person’s voice.

You might automatically adjust your speech rate so that it is in line with or similar to the subject you’re talking to.

You won’t feel concerned or anxious that you aren’t doing something correctly.

You will be authentically interested in what the other person is trying to say.

You’ll empathize more with your subject.

You may feel an instant connection with your subject. Your subject will reciprocate that feeling of connection as well.

Your arguments may tend to be sharper and more articulate. They will likely persuade your subject more easily.

You will be able to adjust to feedback from your subject more naturally.

You’ll notice many opportunities throughout the interaction to improve your rapport with your subject. As you can clearly see, the stage hypnotist’s technique was not so much a trick or a secret, as it was a subconscious mental filter. When you employ this filter, it can help you with your body language and perceptiveness whenever you’re in social interaction. 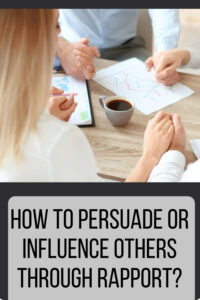 Over the years, the stage hypnotist had been dealing with people for so long, that his experiences helped him develop this technique – a mental frame – that allowed him to get the results he was looking for, quickly.