How to Use The Influence of Body Language? 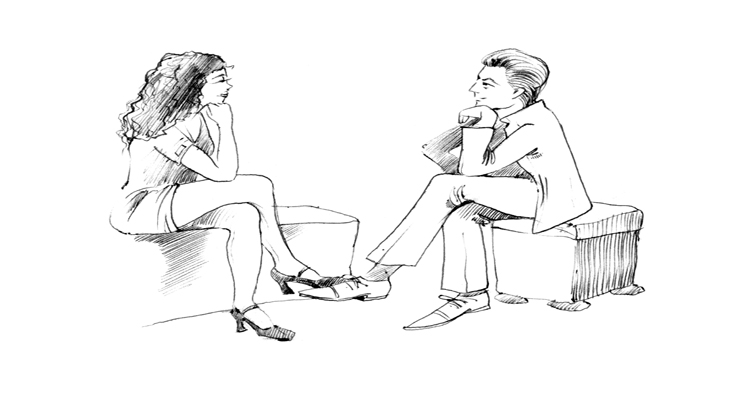 Body language (nonverbal language) is a vital component of the communication cycle. How to use the influence of body language? It can assist you in understanding your subject’s internal responses as his external behavior. There is plenty of information about your subject’s mindset and outlook that can be gleaned from his body language and gestures.

How to use The Influence of Body Language?

In this article, we’re going to hone in on the handshake, and other types of hand and arm gesture that people often use.

What’s the meaning behind a handshake?

Shaking someone’s hand is one of the oldest gestures in history. In ancient times, the Romans would shake hands to prove they were not hiding weapons such as blades.

When you hold someone’s hand, you are expressing the universal gesture of solidarity. Generally speaking, if executed correctly in the correct situation, a handshake can impress a new acquaintance pretty easily.

Be aware though that handshakes do not convey the same message universally. Depending on how the handshake is performed, it can communicate very different messages to different people:

A person executes a dominant handshake by reaching out to the person with their palm facing downward. You will sometimes see those in authority performing this 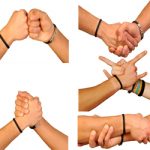 handshake. It is as though they are reminding others that they’re in charge.

Of course, if you intend to get along with the other person and hopefully influence him at some point, you don’t want to use a dominant handshake when making his acquaintance.

A dominant handshake can transmit a negative connotation to the other person – even to the point where they feel threatened by your presence. Keep in mind that one who is cautious of you is going to be resistant to new ideas or requests.

A submissive handshake is indicated when the person reaching out for the handshake approaches the other person with their hand palm up – as if they were receiving a piece of bread.

This posture of submissiveness can be just as detrimental to effective communication as dominance. It gives your subject the wrong idea that you’re there to exhibit passiveness and readily accept ideas.

If your subject believes that you are submissive, they may try to control the entire interaction, including the dialogue, and attempt to garner all benefits from the encounter.

As its name suggests, the equalizing handshake is certainly the best handshake since it sends the message that you are an authority, but you also wish to interact with and treat your subject with respect.

Performing the equalizing handshake is pretty straightforward. It is accomplished by taking the other person’s hand with your palms almost parallel to one another.

You really want to send the message that you are both equal in the interaction. The equalizing handshake is the way to go.

Common arm and hand gestures, and their meanings

Just as handshakes and other body language convey certain messages, there are lots of messages that can be conveyed via arm and hand gestures. Sometimes people will use these gestures when they have something on their mind that they cannot express in words.

Being aware of this kind of body language is just as important as any other gesture. It can reveal your subject’s unfettered internal state.

Rubbing the thumb and the forefinger together indicates that the person is expressing the desire for cash or money. Some salespeople use this gesture to indicate a savings or a discount.

While it has a significant meaning, it is not an entirely professional gesture. It should be avoided if you’re in a formal dialogue with someone, especially with a manager or someone else in authority.

When someone clenches their hands together, it could mean a number of things. They could be indicating that they’re listening, they’re satisfied or they’re hungry.

How the hands are position and the rigidity of the hands is an indication of the person’s general outlook. If the person is clenching their hands together and they look tense, you can bet there’s something amiss.

Asking your subject point-blank as to what is bothering them can help eradicate any resistance they might be harboring.

Hands in Front/Hands at the Back

A person who holds their hands together in front is communicating that they’re unsure about their current situation. Worry and anxiety are all factors in this gesture. Usually, a person who utilizes this gesture is blocking access to their private parts – which is the most vulnerable part of the body. 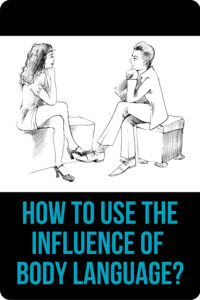 On the opposite end of the spectrum, a person who holds their hands in the back is expressing a sense of confidence.